MHC Digital Finance operates a number of wholesale managed investment schemes that provide a variety of investment strategies and areas of focus to meet investors’ individual requirements.
‍
We have assembled a team of industry experts from traditional finance and cryptocurrency markets to provide a balanced and professional approach to the rapidly emerging digital asset industry.

Our objective is to develop strategic partnerships with transformative businesses within the metaverse and Web3 space in order to foster and accelerate growth.

We look for projects which can compound our diverse experience building scalable and defensible business models in venture capital financing with novel innovation within the crypto ecosystem to help build the new internet.

Our investments typically take the form of tokens, equity, or both.

Thank you! Your submission has been received!
Oops! Something went wrong while submitting the form. 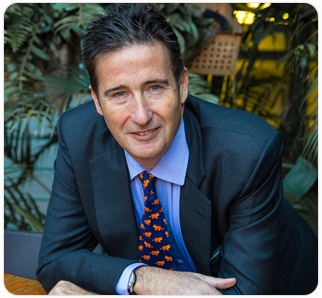 Mark has over 30 years of experience as an entrepreneur, investor and corporate adviser in New York, London and Sydney. In 2011 Mark Carnegie founded MH Carnegie & Co, an alternative asset manager currently managing committed funds in excess of A$900 million. 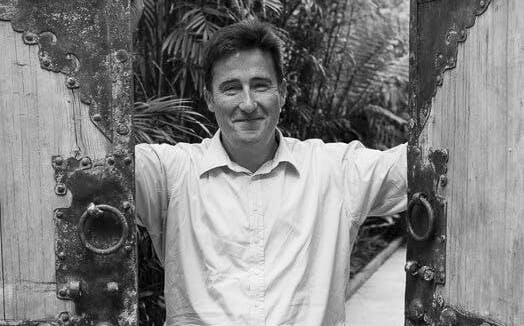 Mark has over 30 years' experience as an entrepreneur, investor and corporate adviser in New York, London and Sydney. From 1990 to 2000 Mark was the Australian and Asian representative of Hellman & Friedman following his training on Wall Street with James D. Wolfensohn and in London at Hudson Conway with Lloyd Williams.

Throughout his career Mark has been involved in a range of diverse Australian and Asian investments and has participated in groups that have acquired major stakes in the Courage Pub Estate, John Fairfax Holdings, Hoyts Cinemas, Formula One Holdings, SCTV, Macquarie Radio Network, Lonely Planet Publications and London Sumatra Plantations.

As a corporate adviser, Mark has advised Qantas and Coles Myer on general strategic matters, Westfield on its $22 billion merger and Qantas on its JetStarAsia start-up in Singapore.Mark holds a BA from Oxford University and a BSc (Hons) from Melbourne University. He is a former Treasurer of the Oxford Union.

Mark is a member of the Funds' Investment Committees. 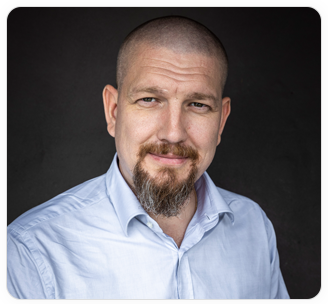 Sergei Sergienko is a leading expert and successful private investor in cryptocurrency, DeFi and blockchain systems and applications. He is the founder and CEO of Chrono.Tech, a global blockchain start-up headquartered in Sydney which streamlines global access to work and payments for HR professionals, businesses and contractors by way of blockchain technology.

Sergei Sergienko is a leading expert and successful private investor in cryptocurrency, DeFi and blockchain systems and applications. He is the founder and CEO of Chrono.Tech, a global blockchain start-up headquartered in Sydney, which streamlines global access to work and payments for HR professionals, businesses and contractors by way of blockchain technology.

The platform is currently considered one of the leaders in the blockchain employment and HR space, having over 10,000 active members around the world. After completing his Bachelor of Commerce degree at the University of New South Wales in 2004, Sergei founded and exited a number of companies, particularly in the Blockchain space. Sergei has been heavily involved in the Australian crypto space since its inception in 2016, and is often involved in assisting Australian companies with crypto integrations and strategies in their businesses.

Sergei is an active voice in the blockchain space and is often called to advise governments and corporations. He is a keynote speaker and blockchain evangelist on major community platforms including Blockshow and various other international educational blockchain forums. Sergei has won many awards during his career, notably the Australian Anthill’s ’30 under 30’ prize for his entrepreneurship.

Sergei is a member of the Funds' Investment Committees and is primarily responsible for identifying and executing the Fund’s investment strategies. 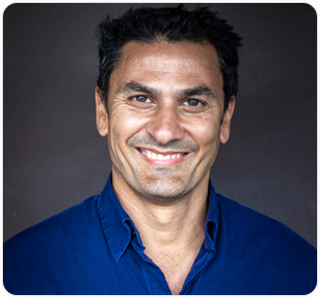 Active speaker and writer in the Blockchain industry. Currently a consultant to Asian Development Bank and United Nations in the field of Blockchain Technology. Raman is an Investment Committee Member.

Raman Nambiar is the Managing Director of Switch Maven Pty Limited, a software education and consultancy firm specialising in Blockchain application development. He is also a strategic advisor to Mastt, a Saas company servicing the infrastructure property space for Australia, UK and US.

Raman has over a 20-year career spanning education, executive recruitment and technology in a wide variety of industries including hospitality, security, health and safety and business administration.

Raman has been an active speaker and writer in the Blockchain industry and is currently a consultant to Asia Development Bank and the United Nations in the field of distributed ledger technology and the impact of digital transformation in education on developing countries. Raman obtained his Bachelor of Applied Science in Computer Studies from the University of South Australia in 1991.

Raman is a member of the Funds' Investment Committees and is primarily responsible for evaluating risk mitigation strategies and identifying and assessing distributed ledger technologies to facilitate investment execution. 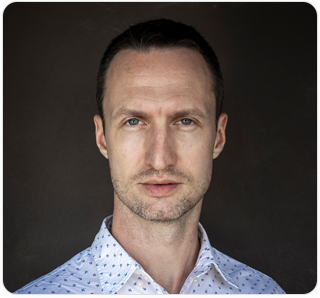 An expert in Crypto trading automation and crypto arbitrage strategies. Dmitri creates trading bots in the cryptocurrency and blockchain space with a particular focus on DeFi. Dmitry is an Investment Committee Member.

Dmitry Stakhin is an expert in crypto trading automation and crypto arbitrage strategies. He creates and executes trading bots in cryptocurrency and blockchain space, particularly in the DeFi space.

Dmitry holds a postgraduate degree in Computer Science and has been creating and maintaining computer banking and sales systems in the US for over a decade. Since 2016, Dmitry has been heavily involved in the crypto and blockchain space helping develop Chrono.tech products.

Dmitry is constantly involved in the areas of quantitative finance, deep learning, smart contracts to blend them together into new projects. He has successfully delivered a number of solutions in this domain, ranging from agents like standalone statistical arbitrage agents, market-makers and liquidity providers to the parts of bigger systems, such as the TimeX crypto-exchange.

Dmitry is a member of the Funds' Investment Committees and is primarily responsible for DeFi optimisation, stable coins arbitrage and the Fund’s yield maximisation strategy. 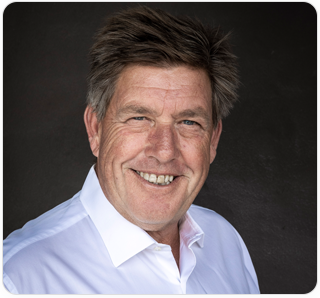 Over 20 years’ experience at the cutting edge of Global Financial Markets in leadership rolls on Wall Street, The City of London and Sydney with a specialisation in derivative products. Andrew is an Investment Committee Member.

Andrew Palmer has over 20 years of experience at the cutting edge of global financial markets with over 10 years in leadership roles on Wall St and five years in the City of London.

Andrew has always focused on the new and emerging segments of the financial landscape and optimising the opportunities presented as financial technology evolves. In 1996 he joined JPMorgan's innovative structured products group and was instrumental in developing the then nascent credit derivative and securitisation markets.

In 2002, Andrew moved to London where he became CEO of Scotia Capital Europe running the wholesale banking businesses in Europe and Asia for the second largest bank in Canada. His risk management and trading experience was central to navigating the bank through the credit crisis and emerging as one of the top 10 banks globally by market capitalisation. In 2013 Andrew joined ANZ as Head of their Financial Institutions Group. The role spanned all products offered by the bank including lending, transaction banking and all markets products where he was the senior frontline sign-off on any credit extended by the bank to the finance industry.

Since leaving ANZ in late 2019, Andrew has become a consultant to newer technology driven players and investors in the finance industry by leveraging his broad international and domestic perspective and connections across financial markets. Andrew has a Bachelor of Science from the University of Wales, a Masters in Economics University of Western Australia, and a MBS from Columbia University in USA.

Andrew is a member of the Funds' Investment Committees and is primarily responsible for asset allocation within the portfolio with particular focus on the liquid end of the cryptocurrency market. 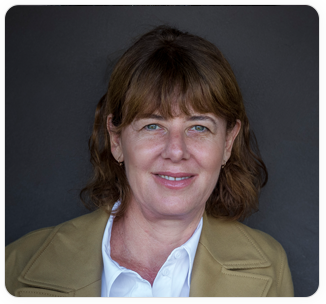 Over 20 years’ experience as legal and corporate advisor specialising in M&A. Currently COO and Chief Legal Counsel at MH Carnegie.

Kate Thompson is Partner, Chief Operating Officer and Chief Legal Counsel of MH Carnegie. Kate has worked with Mark Carnegie for over 15 years and has over 20 years of experience as a legal and corporate advisor specialising in mergers and acquisitions.

In her role at Carnegie, Kate is responsible for managing the relationships amongst the network of contacts that have been created over the years and she has proven time and time again a unique ability to manage complex personalities when the stress of a transaction is at its peak. She is also an active member of the funds’ deal teams, serves on a number of portfolio companies’ boards and oversees legal functions for Carnegie.

Kate holds a Bachelor of Laws (Hons) from Bond University. Kate is a member of the Funds' Investment Committees. 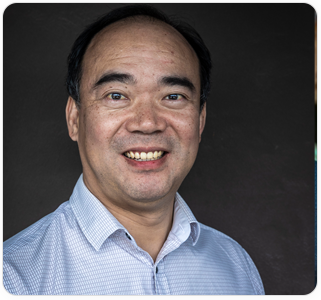 Ben Ly is the Chief Financial Officer of MH Carnegie. Ben has over 20 years’ experience, initially in chartered accounting and in the last 15 years in senior finance roles in financial services and private equity. Prior to MH Carnegie, Ben was responsible for the finance function of Lazard Australia’s private equity funds.

With over 20 years’ experience, initially in chartered accounting and in the last 15 years in senior finance roles in financial services and private equity, Ben is currently CFO of MH Carnegie. Prior to MH Carnegie, Ben was responsible for the finance function of Lazard Australia’s private equity funds.

He oversees the finance function at MH Carnegie including fund administration, reporting, risk and compliance. Ben has a Bachelor of Commerce (Accounting and Finance) from University of Sydney and is a member of Chartered Accountants Australia & New Zealand. 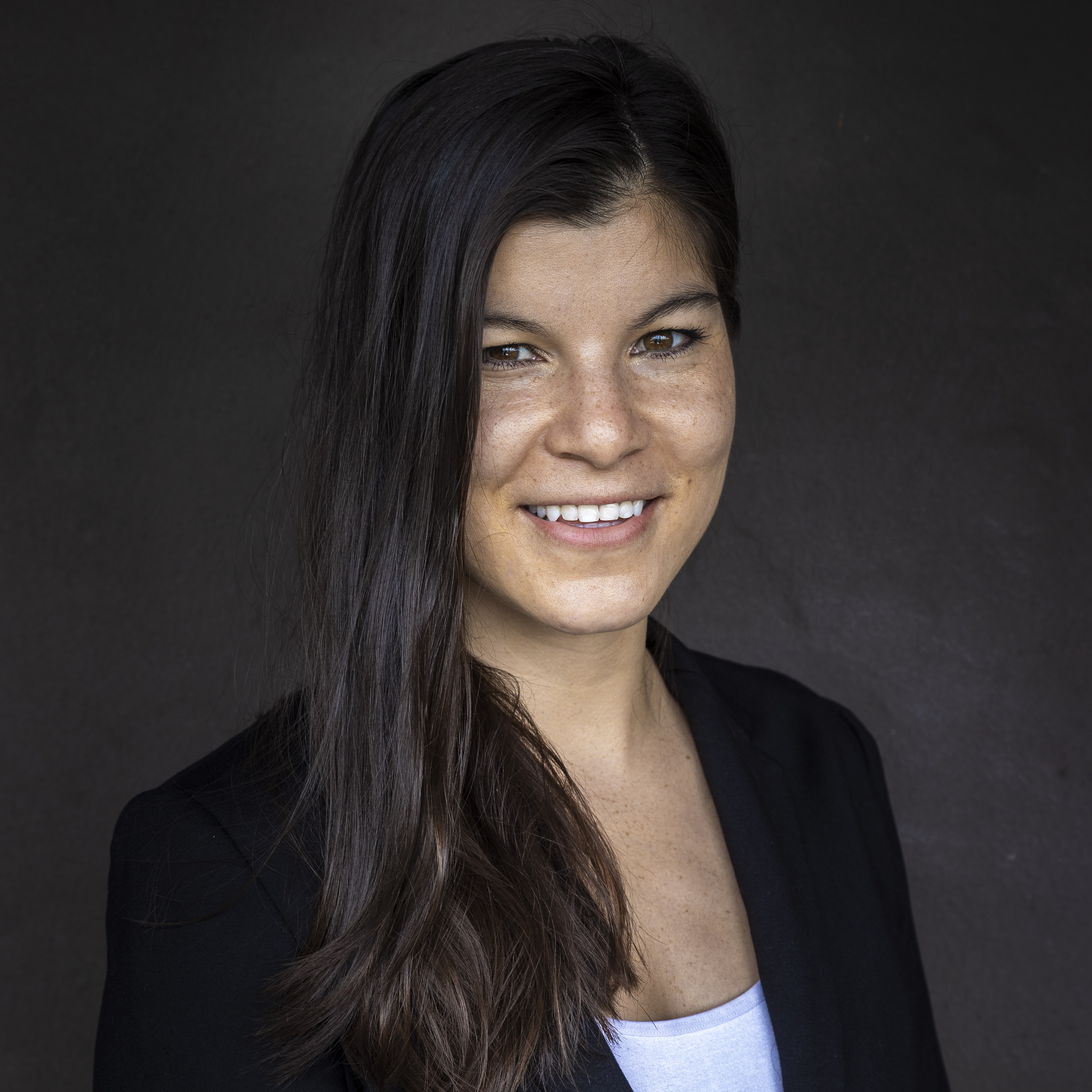 Thank you for your enquiry, we will be in contact with you shortly.
Oops! Something went wrong while submitting the form.

Thank you, your submission has been received.
Oops! Something went wrong while submitting the form.